So it’s my favorite Blogging day of the week! Why? Because I don’t have to get all creative. I just get to throw it all up and hope you people consider  my word vomit worthy of the internet. If not, I’m sorry. Not really, but I’ll say it anyhow. Regardless, it’s time to confess:

So our power went out this morning due to a crazy storm. I would love to tell you that this is the reason I’m not posting until 4pm, but it’s not. I confess: I’m just lazy. After a morning spent living like a pilgrim, I decided to finally use a lighter to get my gas stove top going and make myself some hot water the old-fashioned way. Tea was a necessity. I then took it upon myself to completely remodel my daughter’s bedroom. (Because what else are you supposed to do with no internet, tv, bullet blender, and lights?) It wasn’t until about an hour and a half into this ordeal that I realized the power was back on. By mistake. I moved a lamp across the room and turned it on by habit, -TADA-it actually turned on. My dumb ass would have probably spent the better half of another 5 hours before I realized I wasn’t in the cretaceous period  if not for that lamp. Thank God I’m stupid.

I literally watched a full 25 hours of Pretty Little Liars Season 4 in only 5 days. That’s pathetic. Like seriously, that’s the equivalent of me staying up nonstop for an entire night AND day and not leaving the couch for anything. Or just basically doing nothing for like 5 days (5 hours a day) I don’t even care. I was all caught up for the second episode of Season 2 last night. It was like running my first marathon. #ForLazyPeople. I was so proud, until I realized I had to put up with commercials. Aint Nobody Got Time For That. Not to mention, I have to actually WAIT  7 days for the next episode? This must be what coming off drugs feels like. . . . #FirstWorldProblems.

I had to pay $64.00 for the dry cleaning  that I picked up this morning. WHAT THE F. I don’t even have a career that involves getting suits and pants pressed. I’ve not been this annoyed with spending  money on stupid shit for at least 3 months. I left feeling pretty much like this:

Tomorrow is Day 100 on my 100 Happy Days Challenge. I have NO clue what I should photograph to go out with a “Bang”. I could seriously use some inspiration so feel free to leave a comment or two on what you think would make a great finale!

I wore a dress and heels this weekend that would have looked great on a 21-year-old. On me? Not so much. I mean I can pull off leopard heels from time to time, but platform? No thanks, not EVER again. I also rode a party bus and danced at a club that featured half-naked women in platform cages and extremely loud music that I wasn’t familiar with. It became incredibly clear in a short amount of time that I’m officially not a 20 something, even if I’m entitled to another 1.5 years of 2_. It was an awesome night but for the first time in a long time, a bed, any bed, had never felt so fantastic. But seriously, I’m sticking with skinny jeans from here on out. . . .

I can’t stop making Frozen Hot Chocolates (And NOT From Tim Horton’s This Time!! – (See previous post that explains my past addiction). I came up with a homemade alternative (because I’m a frugal bitch) that is so stupid simple it’s just silly not to make 2-3 a day. Or 4. I am addicted already and I only decided to play around with a few recipes last week. So obsessed actually that I’m using my DIY Thursday post tomorrow to feature a recipe you can make with stuff you probably all have lying around your house already. Check it out if you want in on the affordable goodness that is to come. 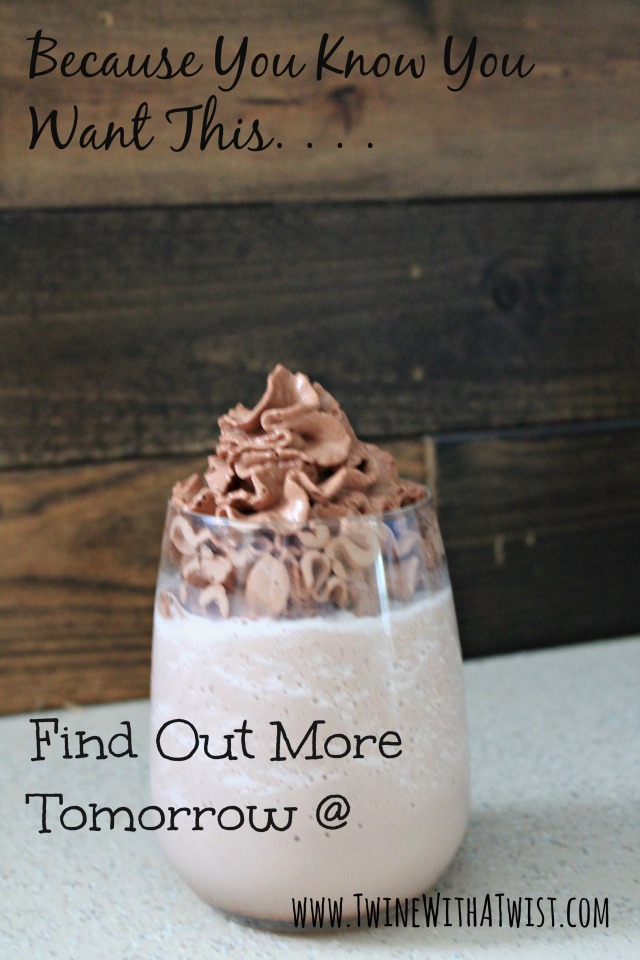 On that note I’m getting the hell out of here before the power goes again . . . another storm rolling in! But before I run, let me remind you to head on over to Humpday Confessions with Kathy over at Vodka & Soda – the perfect place to air your dirty laundry.

If that’s not really your style (but seriously, who don’t love a good reason to get it all out), get on over to The Hump Day Blog Hop with Liz at Fitness Blondie, another great way to meet new Bloggers and share your simple selfs!

It’s been a long week my friends. I say that in a good way. . . but truthfully, I’m exhausted. So anyhow, lets get in on the fun that is every Wednesday and jump right off the confession high dive!

I watched Orange is the New Black – Season Two  release in less than 24 hours. I felt seriously guilty until I realized that half the First World had done the same. I actually fell short of a few people, and they have full time jobs. WHAT?? Major slacking on my part. Anyhow, it was GREAT. I wish I could make these shows last longer, but I’m a binger. I can’t help myself. Line them up, knock them down. #sorryNOTsorry. For now, I’ll pretty much be recovering as such until next June. . . .

I rolled right out of one addiction and into another. I woke up this morning and started season 4 of Pretty Little Liars. Since I didn’t start obsessing over this dramatic nonsense until last fall, I was forced to wait out season 4 for Netflix. Of course season 5 started last night but that’s what DVR is for. #Duh. I figured I would start by first watching the season finale of season 3 to refresh my memory. . . only to watch the first episode of season 4 that was a total recap. So annoying. I would have been totally pissed if I was actually a devoted fan of this crap and had waited between seasons for a “brand new episode” that just told me everything I already know. If the first episode of season 5 is anything like this, please let me know now. I will just delete it off my DVR now. . . I need room for other non-important shows. Ok but really, enough TV. I need to get a life.

I have a bachelorette party this weekend that I can’t wait for! I confess: these events are my jam. I can’t get enough of a big girls night out and bus loads of dramatic bitching. It’s a blessing to call this a “night out”. Really it is! Did I mention I won’t be drinking? SMFH. Never mind, kill me now. No but seriously, it should be fun. I just need to figure out if I’m going to give up on my “eyebrow strike” or not. . . . these little caterpillars are getting frisky. I also have no idea how to dress sexy. I mean I try my best, but I never get to the comfort level. I’m either Vegas or Baby Shower. . . . god help us  that I’m not both on Saturday. I’m thinking this GIF would make deciding my attire that much easier. . .

I can’t stop eating cookies. Like 3 sleeves of Oreos and at least a dozen quick mix sugar cookies (with frosting). I made cookies for my daughter’s lemonade stand this past weekend and had to “get rid of them”. . . AKA eat the remaining cookies in under 2 days. . . Now I can’t stop. I want more. #Help.

I’m currently playing housewife and recently realized I was better at meal planning when I was in the office 5 days a week then when I’m sitting my ass 10 feet away from our stove, ALL DAY. It’s a mix between “I don’t care” and “it’s too late to defrost this – lets order pizza”. I actually like cooking too, it’s just I can feel the laziness taking over my routine. I’m giving up. On the bright side, today I picked up a french baguette to grill with dinner. . . I just don’t know what “dinner” that would be. Did I mention it’s already 5pm? #BreadWithASideOfBread. #HopeYouLikeIt. #ILoveBread.

My daughter is really starting to test me. After a handful of tantrums, tempers and tossing shit about, I’m pretty sure my husband is losing his mind with the both of us. You can only argue with a 2 year old so many times until you start to sound like one yourself. #Me. I wouldn’t be surprised if he didn’t come home from work today . . . or worse: If he did.

I can still use my toilet without removing my daughter’s training seat. I have the ass of an eight year old boy and I’m not even upset about it. On the other hand, Paige gets VERY upset about it.

I am being featured as a guest blogger tomorrow with Chelsee over at Southern Beauty Guide. . . I  had no idea how to send this post. I seriously sent her like 9 emails, copy and pasted, html, millions of photo files. . . .I am pretty sure she will never ask me to guest blog for her again, thinks I’m crazy or both. #Noob. It’s a little DIY I did on our lemonade stand! I’m extremely excited but also nervous. I’ll have it up on the blog tomorrow so please leave me some love!!

So that about sums it up. . . a week full of confessions only to be followed by a recap full of GIFS. #ILoveThisDay. If you want to get in on the weekly tradition of Humpday Confessions with Kathy  at Vodka And Soda make sure to share the link below:

Or if you just want to meet new peeps and spread the good word, get in on The Hump Day Blog Hop With Liz over at Fitness Blondie!